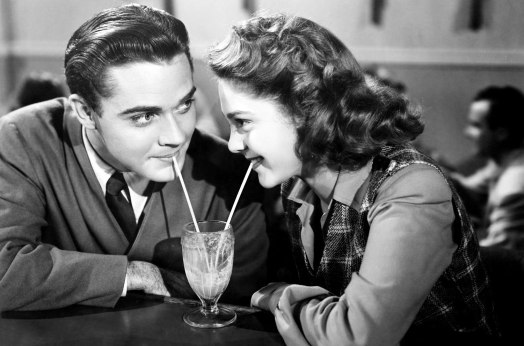 I really love my new house.

Coming home to the peace and quiet, the amazing view and the space, is total pleasure – and massively enhanced by the reduction of time spent driving to the office.

However, I fear this new home may be having a detrimental effect on my health and even perhaps my reasoning.

The thing is that when I lived in fast paced noisy and cool Darlinghurst, when I got home from work, I would mainly pop across the road to the gym or take the dog for a decent walk, trudging around the local streets. There was always something to see.

These days though, I get home from work, put my pjs on, pour a glass of wine and sit on the deck looking at the view. Later on, when it gets chilly or the mosquitos start biting, I change venue and plonk myself down in front of the tv.

There is an outside chance that I’ll eventually become one of those people who have to be winched out of their homes if I carry on like this for much longer. The only saving grace is the huge number of steps I have to climb to get in and out of the place…

The thing is though, in the past, I’ve never been much of a TV watcher. Or not in the recent past anyway. I was brought up without a TV (and before you ask, because my parents didn’t want us to have one, not because they hadn’t been invented yet. Bloody cheek) which led to a total lack of discrimination about what I would watch for some years. If it was a moving picture I was watching it. But over the last few years, I’ve barely watched it at all.

And my secret shame is that I’ve become a little bit obsessed with The Bachelorette, despite much of it being rather perplexing. I fell a little bit in love with Sam Frost myself – she seemed like so much fun – but towards the end I worried that her need to be loved and her fear that she might not be, were things that she probably should have sorted out before participating in such a TV show.

However, first of all…is bachelorette really a word? I thought the opposite of bachelor was spinster? Although I recognize that a series called The Spinster doesn’t have quite the same ring.

But it got me thinking about dating again*. And I think I’ve come up with an idea that will disrupt the whole dating game. Uber-style. And it might translate into a good TV show.

You see, when I talk to my single friends, everyone is looking for the same thing – someone we could just sit on the sofa with in our pjs, drinking red wine, watching a movie and chatting.

So this is what I thought.

First dates should involve the subject of your desire coming over to your house on a weeknight when you’ve had meetings all day and the dog puked on the kitchen floor in the morning so you didn’t have time to wash your hair. They should get to observe you in your pjs, not wearing your bra**, while you shout at the kids and create a gourmet meal of blackened oven chips and slightly underdone sausages. If they still think they like you after that they will progress to seeing you outside of the house, with make up and bra. Eventually they will get to see you in your full dating attire, make up, bra, fancy frock, and absolutely no shouting. The very best version of yourself.

You see, I’m a bit tired of taking the very best version of myself out. The funny, interesting, upbeat me, who wears great underwear and high heels and smiles a lot. It’s exhausting and most of the time, you put all that effort in and then never hear from them again. And it strikes me that everyone goes on about being yourself, but when it comes to dating, the rules are that you really shouldn’t. It seems like you’re expected to gradually reveal the true horror of your real self once you’ve entrapped some poor soul on the promise of a lifetime of matching underwear, mascara and a complete absence of undesirable bodily functions.

So if you know any men who really like women who wear pjs and no make up, let me know.

*you will recall that some months ago I mentioned dating someone. This was the first time in 5 years I’ve made specific reference to dating any man in a public forum. No one has ever seen a picture of me with a man on Facebook, or seen me at any event with a man. Some people might think that weird. I prefer to think of it as more of a privacy thing. But I mentioned this guy and by the next week he’d disappeared off the face of the earth. I think perhaps mentioning men on my blog may have a similar effect as having your wedding covered by OK or Hello…

** any younger readers may be wondering why I’ve included bra-lessness as a potential turn off here. Give it 20 years. You’ll understand then.